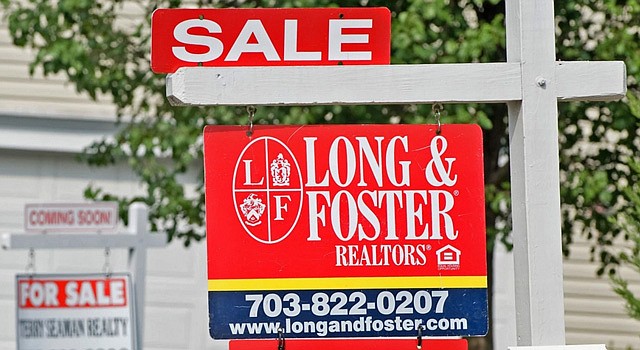 Many locals cringe at the thought of crossing the Potomac from Maryland to Virginia, or vice versa. Some of us are so repulsed by the thought of making the white-knuckled drive to our border state that it is not unusual to find local online dating profiles that specifically mention the desire to find a mate on the same side of the river.

So I couldn’t help but wonder whether an upcoming break away by Virginia from the “one size fits all” regional real estate sales contract could create another divide between us.

A little over a decade ago, the real estate associations covering the District, Virginia and Maryland (mostly Montgomery and Prince George’s counties) agreed to collaborate on the creation and use of a unified core contract for residential real estate transactions, known as the regional contract. It covered the agreed-upon basics. Each region then added a jurisdictional addendum to the contract to customize it to their unique local laws.

The original purpose of the regional contract was mostly to create some continuity and ease of training for real estate agents conducting business in all three jurisdictions.

As of Jan. 1, agents who are licensed and doing business in Virginia are required to use the newly created residential sales contract on transactions in Virginia only.

Why the back pedal by Virginia on the decade long alliance?

According to Matthew Rathbun, the 2014 Standards Forms Committee chairman for the Northern Virginia Association of Realtors and executive vice president of Coldwell Banker Elite in Fredericksburg, Va., the use of the regional contract is an outmoded solution.

In a video recently released by the Northern Virginia Association of Realtors, Rathbun says that there are four primary reasons for making the choice to defect. “To expire an obsolete model of inter-jurisdictional core contracts, to reduce the length of the contract, to reduce confusion and to reduce liability.”

“Every three years, the three jurisdictions would gather to debate and argue over the updating of the form,” Rathbun said. “We ended up having to create a longer Virginia jurisdictional addendum to [override] any conflicting stipulations in the core contract.”

According to Rathbun, agents had to be diligent in ensuring that the proper jurisdictional addendums were attached to ensure compliance with local laws. The intended meaning of stipulations and contingencies, he said, were frequently not clear to all parties — should the meaning be interpreted based upon the language in the core contract or in the jurisdictional addendum?

Are Maryland and the District feeling like a dissed date?

“I understand why Virginia decided to go this route,” said Greg Ford, 2014 president of the Greater Capital Area Association of Realtors (GCAAR) and an agent with Keller Williams Capital Properties in Bethesda. “It seemed to work in theory. But over time, it became more confusing rather than helpful.”

Local settlement companies that work daily on residential settlements are supportive of the change.

“A false confidence was created by using the same contract in all three jurisdictions,” said Kellye Clarke, a settlement attorney with Hometown Title & Escrow in Alexandria. “Many agents think doing real estate transactions in each jurisdiction is the same, but it is not.”

For example, many contingencies in a contract function differently from jurisdiction to jurisdiction.

In Maryland and D.C., however, each party has three days to respond to the other party during the home inspection contingency negotiations, with no absolute deadline. Within three days after delivery of a notice from one party, the other party may accept the terms, deliver notice with a counter offer, or deliver notice to void the contract. Failure to respond within three days will result in acceptance of the terms in the most recent notice.

Another significant difference pertains to property condition disclosures. In Virginia, the Residential Property Disclosure Statement simply states that the owner makes no representations regarding the condition of the property. Owners are only required to disclose any zoning or building code enforcements that are pending on the home.

Virginia is a caveat emptor state — let the buyer beware.

In Maryland and D.C., on the other hand, owners can elect to disclose or disclaim. A Maryland Residential Property Disclosure Statement is filled out by the owners, in which they disclose the age and condition of the roof, electrical system, plumbing system, heating and air conditioning, foundation, insulation, water supply, etc.

Even if owners elect to disclaim when selling a home in Maryland or D.C., they must still disclose any latent defects that are known to the owner. Latent defects are items that purchasers could not ascertain on their own and/or that would pose a threat to the health or safety of the purchaser.

Many agents support Virginia’s decision to part ways with its neighbors.

“It would be nice to have one form that speaks to all jurisdictions,” said Jeff Ganz, a salesperson licensed in Virginia and Maryland and a former member of the now defunct GCAAR Contract and Clause Committee. “But the truth of the matter is that each jurisdiction does things differently.”

How do the changes in Virginia impact buyers and sellers?

There will not be much difference when buying or selling a home in Virginia. There have been very minor changes made to the Virginia contract. For example, Virginia agents will be given the option of using a percentage when defining the dollar amount that will be financed for the purchase, whereas before they could only use an actual dollar amount.

The contract has been streamlined into one document and, purportedly, will be easier to use.

Buyers and sellers should ensure that their real estate agent is knowledgeable of the changes to the contract and the differences when doing business in each jurisdiction, particularly if the agent does more business in one jurisdiction over another.

Local real estate associations and brokers will share in the task of training their agents on the new Virginia residential sales contract. Be sure that your agent has attended these training sessions.

I will be curious to know the outcome of this change from an industry standpoint. Will agents decide to stick to their own territory, the one that they know best? Or will they continue to make the dreaded drive across the river to court a potential client?

Jill Chodorov, an associate broker with Long & Foster, writes an occasional column about local market trends and housing issues for The Washington Post.