Who Are All These Young People?

"They are made in the USA with Hispanic ingredients," 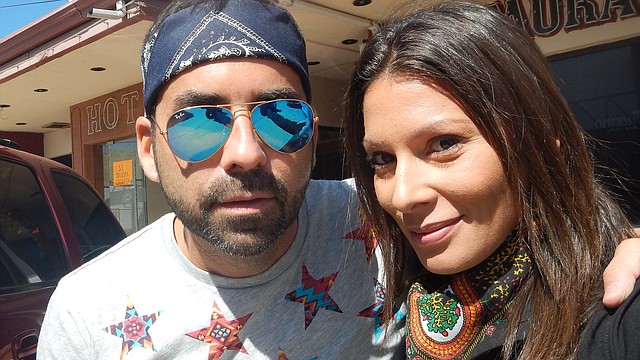 They are Hispanics ranging from 18 to 34 years of age, they pertain to a generation mostly born in the United States, they speak English, and they have retained Spanish as a pillar of their culture. We call them “millennials,” and according to some demographic projections, they will represent over 80 per cent of the population growth in their age group.

According to the 2010 Census, in the first decade of the 21st century, Hispanics accounted for over half (56%) of the population growth in the US. The next decade is for the Hispanic “millennials.” By growing and connecting with other Americans, the “millennials” have the ability to change the status quo. Advertising and communication companies are paying attention, but so far no one has really been able to communicate with the new generation.

On August 16th, the Hispanic Retail 360 conference came to a close in Las Vegas. The conference brought together marketing experts and focused on the issue of “Understanding Millennial’s Path to Purchase.”

This generation brings with it a cultural wealth that can make the US more powerful and more prosperous then ever, but only if this country learns to appreciate and capitalize on it.

The experts claim that Hispanic Millennials have many common qualities with their American colleagues: youth, a familiarity with technology and social networking, and an independent spirit. But there are some things that make Hispanics unique: their ties to their Latin roots, their strong family relationships, and their attachment to their countries of origin.

Juan Carlos Davila, senior vice president and general manager of the Hispanic Market Center of Excellence at Nielsen, said that even though 65 per cent of Hispanic Millennials were born in the US, 40 per cent of them are bilingual. Such a statistic represents a 73 per cent growth in American-born bilingual Hispanics in the last decade. It is evident that the new generation increasingly values its native culture and language.

"They are made in the USA with Hispanic ingredients," Davila concluded.

The nearly 600 attendees at the conference in Las Vegas learned that the purchasing power of this young generation of Hispanic Americans reaches 1.3 billion dollars. But without a doubt, the most moving message of the conference was delivered on the first day when actor Edward James Olmos reminded everyone that the future cannot be found in numbers, it can only be found through the understanding of human behavior. Therefore, it would be a shame if this generation should simply be lured in by brand names and businesses. Rather, educational institutions should help young Hispanics reinforce their biculturalism in order to groom the global leaders of tomorrow.

This generation brings with it a cultural wealth that can make the US more powerful and more prosperous than ever, but only if this country learns to appreciate and capitalize on it.