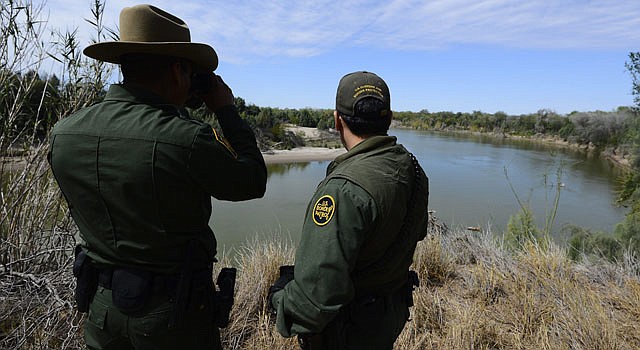 Most of the 2,000-mile US-Mexico border is tighter, stronger, and more patrolled than it has ever been. But to agree on a bipartisan Immigration Reform bill that would “fix our broken immigration system,” the GOP demands more walls, more Border Patrol agents, and more surveillance devices. And they succeeded in the Senate. The need for a fix is the only shared political capital on Capitol Hill today. Too bad it doesn’t buy urgent agreements. Can we afford more immigration inaction? “No,” says Congressional Budget Office (CBO) data. Is our border performance so weak that our Republican members of Congress feel compelled to threaten what could become a historical immigration law? Data from borderfactcheck.org points to the contrary.

Border Patrol agents have doubled at the Southern border since 2005, and by the end of 2012 there were 18,516 agents stationed there. Drones patrol in the air, cameras dot the desert, and sensors monitor movements, but the Republican message is the same: No green cards until the Southern border is secure. Sen. John Cornyn (R-TX) wants the border “90 per cent secure,” Rep. Mario Díaz-Balart (R-FL) wants “real border security,” and even a Democrat, Sen. Charles Schummer, has requested “more technology.”

The bill passed the Senate under a consensus for a large-scale buildup for the US-Mexico border. So, can we afford $34 billion a year for 20,000 more agents, according to the CBO estimate? Why are politicians obsessed with border crossings at a time when Border Patrol apprehensions at the Southern border went down dramatically in the last decade?

Drones patrol in the air, cameras dot the desert, and sensors monitor movements, but the Republican message is the same: No green cards until the Southern border is secure.

Besides, it is intriguing to see Congress focused on the “border crisis” when, according to official US Trade numbers, cross-border commerce is busier than ever. In 2011, trade with Mexico totaled $500 billion; US exports across the border are up 77 per cent since 2000, while imports are up 93 per cent. But more than anything else, it is disturbing to witness the rhetorical building of an immigration wall to shut off the positive economic consequences of an immigration reform.

A June 18th CBO report stated that immigration reform would reduce the federal deficit by $158 billion over the next decade. It is economics common sense: adding undocumented workers to the mainstream and allowing more visas for newcomers will raise American output and productivity. Most Republicans should pay attention to COB’s predictions: The immigration bill would grow the economy 5.4 per cent in the coming years.

In the current economic environment, can the country afford a border security build up when current measures are yielding positive results? Or is the GOP tactic to transform Immigration Reform into Border Security legislation? Also, please raise your hand if you know a 90 per cent secure border anywhere in the world. I am ready to cross it.