From immigration to Cuba 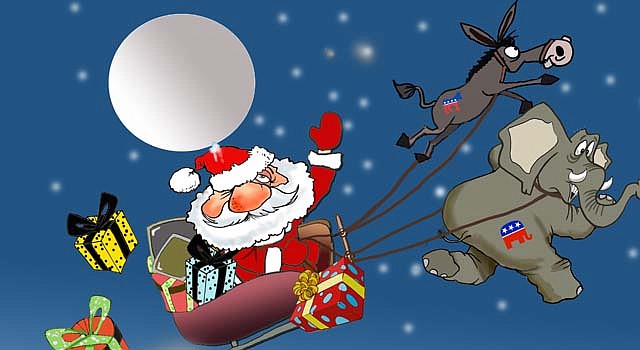 1. Christmas: Celebrating the life of an immigrant Jewish family.

2. Executive Actions: After two decades of working with the Hispanic community, writing about Latino concerns, and listening to the human story, there is always a heart breaking common denominator: The story of people who convinced themselves that if they worked hard enough and achieved enough, they and their families would be rewarded in the land of opportunity. But the law of the land wouldn’t accept their presence and only a presidential, last minute, unilateral action would provide a temporary DACA for baby Jesús and a temporary DAPA for his parents, María and José.

3. Attitude: Let’s question politics and media that stereotype the Latino community and let’s question ourselves: treat women like equals, stay in school, stay away from drugs, and, if you’re a parent, keep your child disciplined and focused on academics. All dreams have a price, and we pay for them with our everyday behavior. Only we, as individuals, are the key to change.

4.Generation: The experts claim that Hispanic Millennials have many common qualities with their American colleagues: youth, a familiarity with technology and social networking, and an independent spirit. But there are some things that make Hispanics unique: their ties to their Latino roots, their strong family relationships, and their attachment to their countries of origin. This generation brings with it a cultural wealth that can make the US more powerful and more prosperous than ever, but only if this country learns to appreciate and capitalize on it.

5. Cuba: President Dwight D. Eisenhower began isolating the island in October 1960, and the embargo would be officially implemented in 1961 by President John F. Kennedy. A few years after my 1991 reporting from Havana, in a conversation with Colonel Beruvides in Miami, I heard that some in the Cuban exile estimated that the transition to democracy would cost half a million lives. Revenge, they told me, was inevitable. Washington, Europe, and The Vatican could stop the blood shed, I thought. But Washington has been slow and stubborn, dedicating its energy to politicking while abandoning a hemispheric vision. Now they offer us a US-Cuba thaw in the form of a spy exchange. There are no “significant steps toward democracy, beginning with the freeing of all political prisoners,” in Cuba as Obama requested in May 2008 while campaigning in Florida as a condition “to begin normalizing relations.” So why now? Thanks to Pope Francisco or as a result of a geoeconomic window of opportunity? The collapse of oil prices puts Cuba’s stalwart partner, Venezuela, and to a lesser degree Russia in dire straits. Cuba finds itself vulnerable. The Obama Administration decides that this is the perfect time to make the spy swap and send a message of economic opportunities for the US. I have so many questions. But it’s not about the perfect, just the possible, and, soon, the necessary.