A Crisis of Family Separation 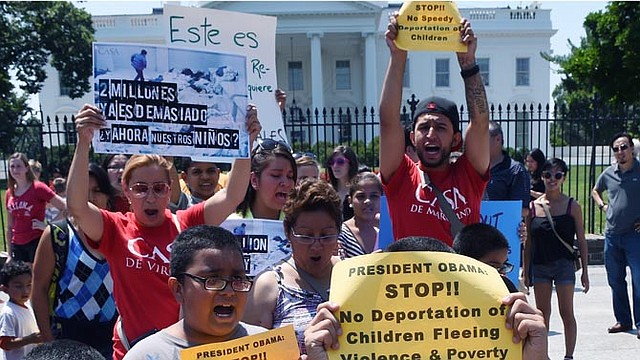 1. A recent report by the Geneva-based Assessment Capacity Project examines the humanitarian consequences of the violence afflicting the “Northern Triangle” countries of El Salvador, Guatemala and Honduras. The consequences —the report says— are very similar to those of a conventional armed conflict.

2. Homicide rate of Honduras is higher than some states with armed conflicts, such as Sudan.The Northern Triangle countries suffer from gang violence.

3. The US estimates that 90,000 minors could be apprehended before the end of this fiscal year Sept 30, a more than three-fold increase over 2013. The new projection is said to include about 70,000 children from Central America’s Northern Triangle. President Obama has declared a crisis and has requested $3.7 billion to alleviate it. Why are more children leaving than before? Is Central America now more violent? Are there new laws in the United States that are attracting them? No to all the above. Nothing has changed but all is different.

-Late 1970s: In El Salvador some coyotes would even advertise their services for trips to the United States.

-Late 80s - 90s: Walls. The years of the increased “militarization” of the US-Mexico border and the dramatic increase of undocumented immigrants.

2000s: The Mexican Zetas got into the business. There are walls, drones, and technology —and the US Border Patrol has grown to over 18,000 agents. Surge on the number of undocumented immigrants.

2014: The crisis of the unaccompanied migrant children.

5. Apparently, nothing has changed. Everything has stayed the same on the immigration front. Really? The crisis at the border is a crisis of family separation that will not be solved by investing billions in repression. The US is home to millions of immigrant parents from Central America who want to live with their kids. Many of these parents cannot travel to their home countries because they are undocumented —and crossing the border is risky— or they “enjoy” special status such as TPS that allows them to work but not to travel outside the US. On the other hand, these parents are better off economically, socially integrated in their communities, and can afford to pay a coyote to bring their children illegally.

6. The migrant parents cannot wait for the two magic bullets that can help alleviate this crisis: The socioeconomic development of Central America and a US Immigration Reform Law that generates an inclusive and comprehensive legal playfield including family reunification and no travel restrictions.