Crisis of the Migrant Kids 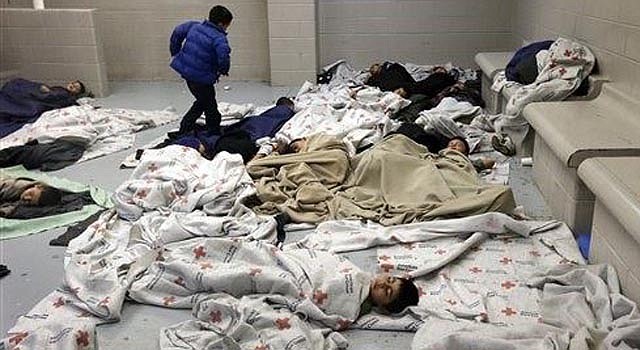 1. Reasons for lack of #immigrationReform: There is always a philosophy for lack of action, lack of leadership, and lack of courage.

2. #ImmigrationReform will not solve the US immigration issue. It will help ease the family separation and the human anxieties that place children in the hands of coyotes specialized in human trafficking.

3. Can you find any USA founding principles at the US-Mexico border?

4. US Customs & Border Protection (USCBP) projects 70,500 children (“unaccompanied alien children,” in gov terminology) will be apprehended at the US-Mexico #border in 2014.

5. Children coming from Mexico are usually sent back. At the end of 2014, USCBP estimates that more than 17,000 kids will be returned to Mexico.

6. In 2014 for the first time ever most of the children are coming from Central America. Honduras alone is home for more unaccompanied migrant children than Mexico, and the amount of children from Guatemala is similar to those from Mexico.

7. Under laws passed by Congress in 2002 and 2008 in order to fight human trafficking, the #Border Patrol is required to take into custody child migrants who are not from Mexico. The Patrol transfers them to the #OfficeofRefugeeResettlement.

9. The @WhiteHouse has reiterated that the migrant kids cannot be eligible to any kind of immigration relief such as the Obama administration’s Deferred Action for Childhood Arrivals program.

10. @Cecilia44 Cecilia Muñoz, Director of the @WhiteHouse Domestic Policy Council said to Univision’s @jorgeramosnews that the unaccompanied migrant children caught at the border will be immediately put in “deportation proceedings.”

11. A #deportation proceeding can be the only chance for some of these children to get some form of humanitarian relief such as #asylum or #SpecialImmigrantJuvenile Status.

12. Cause for the children exodus: maras/gangs violence in their home countries, lack of economic opportunities, abuse at home, missinformation on the US immigration issue.

13. A report from the Office of the UN High Commissioner for Refugees #unhcrwashington says that “Children arriving to the US from these four countries —El Salvador, Honduras, Guatemala, Mexico— continue to rise in numbers as do the numbers among them with potential international protection needs.”

14.Qs: Why parents put their kids in the hands of criminals? Why so many young adults risk their lives on top of the train called “La Bestia”? Should the US call for an #ImmigrationSummit with Mexico and Central America?