We are Robert Menéndez

Is the “Menéndez lesson” that Hispanic leaders need to be two times as good and three times as careful? 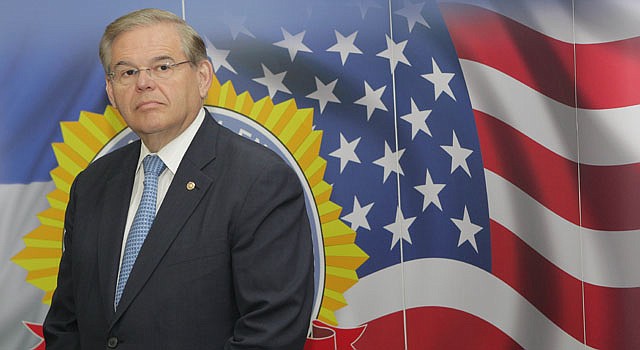 We crucify people well. We know how to bury our living public servants. Regardless of their flaws or alleged crimes, we certainly know how to kill, bury, and pray. But, who is paying attention to what the indictment really says?

Allegedly —Senator Robert Menéndez helped a friend who was a donor. Is that a crime? To put it another way: Are constituent services criminal? Is helping donors criminal? What really is ‘quid pro quo’ in the daily routine of Congress? Do global corporations lobby to get benefits from Congress while funding the campaigns of both parties? Could anyone believe that the emperor has no clothes?

On any given day in the Serengeti, cheetahs eat zebras indiscriminately extracted from the herd because of their weakness or bad luck. Is our politics the same? The survival of the fittest? Are Hispanic leaders just weaker?

Cisneros, Richardson, Menéndez... we have lost —in recent years— some of our most prominent leaders and influencers.

Menéndez fall from grace is a tragic loss for the Hispanic community and for the Nation, whether or not a jury finds him innocent or guilty. Right or wrong, good or bad, the highest ranking Hispanic political leader is now like a zebra being eaten on the Serengeti.

And as a Hispanic, one fears the day when you may wake up mindlessly singing ‘Where have all the leaders gone?’

Remember the attacks on Richardson? They say he made a mistake with the Clintons. Remember when Linda Chavez was taken out because she allegedly hired an undocumented nanny? Or when Henry Cisneros was “Garyhartted” in a love affair? And why did Federico Peña disappear?

Yes, they say we now have the Castro Brothers, Villaraigosa, Cruz, or Rubio... Shouldn’t they be careful to never lose sight that they may never really be fully accepted? That they may be the weaker zebras in the herd?

Is the “Menéndez lesson” that Hispanic leaders need to be two times as good and three times as careful?

Is the lesson to never miscalculate “realpolitik”? That the system is uncomfortable when Hispanics exercise real power?

And where were the Senator’s advisors? Was it “the crisis of the VIP” —When no one around a US Senator does their job to prevent these problems? Especially when he is the chairman of the Foreign Relations Committee? Does it matter that this VIP is Hispanic?

In the end, I blame Menéndez’s advisors. Was Menéndez imprudent? Probably. Did somebody not handle Menéndez’s best interests? Definitely. Is the Senator innocent or guilty? Let the courts decide.

Where are our voices?

With friends like these, Senator Menéndez and other Hispanic political leaders can’t afford to have enemies.