STEP Up Your Export Game with SBA Grants 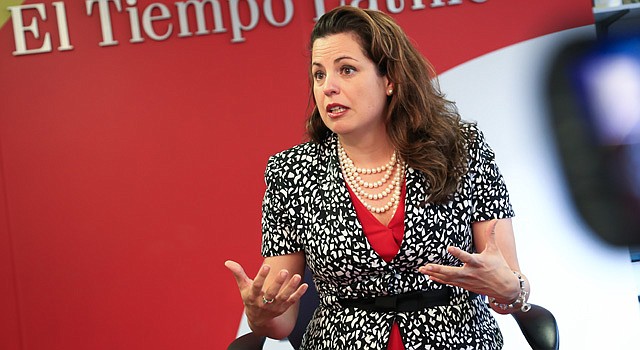 It seems every day I’m telling groups of small business owners or nonprofits that, with a few exceptions, the SBA doesn’t typically hand out grants. I relish being able to talk about the occasions when we do, especially when it comes to talking about my favorite exception - exporting. In this case, I’m referring to the 2015 State Trade and Export Promotion (STEP) Program just announced this week.

Today, when 98 percent of American companies that export are small businesses but more than half of those exports are only going to either Canada or Mexico, it’s time to take action to help more entrepreneurs reach new markets for their American goods and services. SBA has long been an advocate for small businesses taking their products and services overseas, and the STEP Program is a significant way of encouraging local cooperation to get entrepreneurs in the game.

This week, the SBA issued Program Announcement No. OIT–STEP–2015–01 inviting 50 U.S. states, the District of Columbia, the Commonwealth of Puerto Rico, the U.S. Virgin Islands, Guam, the Commonwealth of Northern Mariana Islands, and American Samoa to apply for a STEP cooperative agreement to carry out export promotion programs to increase the number of small business exporters, and increase the value of exports by small businesses. Initially announce in 2010 as a three-year program, STEP returns again this year with agreements awarded on a competitive basis for a period of 12 months. Applications will undergo three phases of evaluation under a merit review process.

Applications must demonstrate strong collaboration with international trade service providers such as (but not limited to) the U.S. Department of Commerce, Commercial Service and they must emphasize a return on investment measured by export sales divided by the Federal award amount. SBA expects to issue 30 of these cooperative agreement awards totaling the full appropriated $17,400,000. These awards are a great opportunity to fund foreign trade missions; foreign market sales trips; commerce subscription services; translating websites into foreign languages; international product marketing and campaigns; export trade show exhibits; international trade training workshops; and, other export initiatives approved by the program

Individual state project award amounts will vary based on the state’s proposed project plan and their own investment in the project, with a maximum award amount of $750,000, and a minimum of $100,000. The Federal share of project costs for awards to the 10 states with the highest number of exporters that are small business concerns will not exceed 40% of the $17,400,000 awarded.

Increases in U.S. exports have generated nearly one-third of our overall economic growth and supported 1.6 million new jobs. Last year, the U.S. exported a record $2.3 trillion of goods and services, an all-time high. One out of every five American jobs is tied to exports, and these jobs generally pay better.

With two thirds of the world’s consumers living outside of the U.S., the SBA is acutely aware that international trade plays an important role in the long-term success of America's small businesses, and SBA is working to help small business owners across the country grow their businesses in this global economy.

Questions can be addressed to [email protected] More information about STEP and small business export is available at https://www.sba.gov/offices/headquarters/oit