Who is going to clean your toilet?

The US is a Latin American country 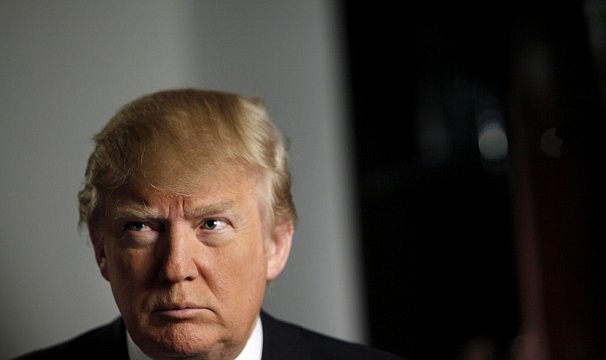 In an effort to respond to Donald Trump’s controversial stance on immigration, Kelly Osbourne said on the TV show The View: “If you kick every Latino out of this country, then who is going to be cleaning your toilet, Donald Trump?... you know what I mean?”.

I know what you mean, my dear Kelly. But I have a question: Is there a difference between your silly, well-intentioned, “liberal” stereotype and Donald’s badmouthing, insulting, and denigrating Mexicans and –by extension— all Hispanic immigrants in the United States?

Mr. Trump’s “business model” consists in making caveman noises when he is unable to articulate an intelligent, rational account of the American reality.

So, what are we Hispanics in your view? Who am I, my children, my friends, my neighbors, the lady who helps keep my house clean, the gentleman who works as my handyman (since I almost kill myself every time I try to hit a nail with a hammer)? Are we toilet cleaners or are we rapists? Are we expendable manual laborers or are we drug traffickers? Are we “illegals” or are we “legals on parole” thanks to the generosity of Kelly Osbourne and Donald Trump?.

This is the problem that Kelly, Donald, and many others run into when they talk about America’s labor force: They only see Latino immigrants —aka Mexicans— crossing the South border illegally. It is not clear, though, when exactly they become rapists, narcotraffickers, or toilet cleaners... In other words, Hispanics do not exist unless they go to white American doorsteps offering to cut the grass.

Is this your fault, Kelly? Is it Donald’s? Yes and no.

You have the right to ignore your country’s reality even if you aspire to become the next president. The White House is not always the home of the wisest leader. What is disturbing to me is that I see your ignorance as a result of the Hispanic absence in one of the great equalizers in the land: Media. I see a clamorous absence of Hispanic experts in English language media. Some examples? I never see Johns Hopkins University neurosurgeon Dr. Alfredo Quiñones-Hinojosa, or Dr. Roberto Trujillo, President & CEO at TruBios in Rockville, Maryland —both who are Mexican –I mean, Americans. I never see Dr. Ligia Peralta, MIT Sloan Program in Innovation and Global Leadership and member of the Presidential Advisory Council on VIH/AIDS. And where are the Hispanic —I mean, American— experts in media roundtables? I am getting tired of only seeing white Americans and African-Americans —key word being “only”— talking about the Latino vote and the Latino boom in serious national broadcasts. Where are the Hispanic experts? Can’t they find at least one in a population of 54 million?

You see, Kelly and Donald? I understand why you don’t see us. I understand how difficult it might be for both of you to conclude that the United States is a Latin American country.