Lawmakers seek to give Latinos bigger voice in Maryland 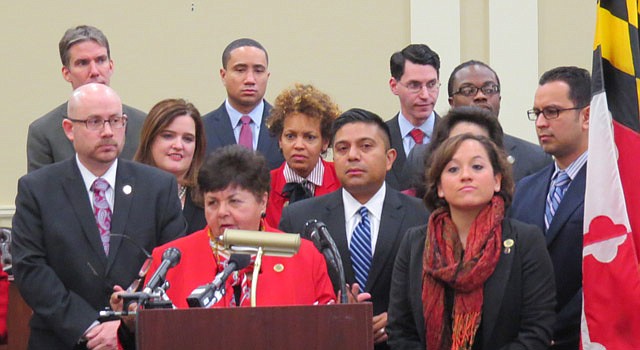 ANNAPOLIS, Md. — Members of a new Maryland Latino Legislative Caucus want to give Latinos a greater voice in Annapolis.

Delegate Ana Sol Gutierrez said Thursday that Latinos have been invisible for too long in many aspects of state government. The Montgomery County Democrat says the caucus will help change that.

As an example, she says Maryland has had a language access law since 2002. But, she says, many state agencies have yet to implement language access in Spanish. For instance, she noted a state website that described vaccination requirements for students only in English.

The members of the caucus’ executive committee are all Democrats and are from either Montgomery or Prince George’s counties. They include caucus chairwoman Joseline Pena-Melnyk, David Fraser-Hidalgo, Marice Morales, Will Campos and Victor Ramirez.