With El Tiempo Latino’s “Power Meter 100” coming up, the question is: How do we measure power? 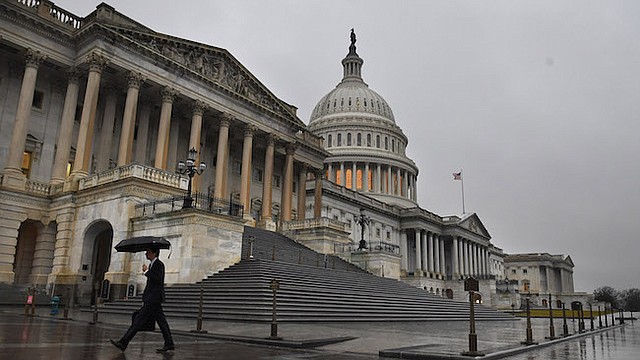 Power is often seen as a dirty word but it is neither positive nor negative. It is just a word after all. However, the word is used to describe influence or potential for influence. El Tiempo Latino’s “Power Meter 100” sponsored by The Washington Post created an annual process to recognize the top 100 influencers in the DMV community. Why is this useful or important?

It is important to know who is considered powerful to understand how power moves. Powerful decision makers can affect our daily lives. Council Members of the city have the power to create legislation like whether to raise the minimum wage or not. Knowing a Council Member’s political interests is information that can be transformative in learning how their decisions will affect or potentially affect your life.

Serving as a judge for the first Washington, DC “Power Meter 100” was quite a challenge, given the extraordinary number of outstanding individuals that were nominated. The first challenge was considering how I understood power. I wanted to make sure that my selection was an accurate representation of measuring power. Many of my opinions and beliefs have been shaped by my work in political campaigns and community organizing. I found that perspective to be the most appropriate for this challenge.

In those two types of fields, we learn that power is “organized people or organized money”. It is implied that there is a goal or purpose in leveraging people or money; meaning that there is a specific self-interest or outcome that is to be accomplished by using one of these types of power. Examples of organized people are labor unions, political parties, and collectives of people that have a common purpose or goal. These groups have some sort of common interest or outcome they want to achieve. Organized money is power to influence through the expenditure or investment of money. The result of the application of these actions is the manifestations of power. I thought of this while reviewing the vetted list of over 400 nominees but imagining why each person had been nominated quickly became exhausting, so using that principle was helpful to see each nominee's potential for influence.

Yet, power can reside in a neighborhood boy that has done good. I think of the story of a young man from Anacostia who graduates from an Ivy League law school and then works for the first black U.S.President. His influence is in the example that he represents to those young people growing up with the most difficult circumstances as a motivation that they can also achieve. Similarly, power can also reside in the immigrant from Central America, who against all odds reaches the pinnacle of their career as a young Executive Director. They do not represent “organized people or organized power” but “iconic power”. What they represent is powerful because it is not accidental but rather intentional. These type of leaders can be powerful because the image they project inspires others but at the same time they are also decision makers with a say in organizational budgets.

Political figures have an overt representation of power given their very public role. The money generated during the electoral process must come from somewhere. Whether they self fund or fundraise, once elected to office, their decisions have a direct affect on the community around them. An assessment of their power in community is not only measured by the budget they wield or the laws/legislations affected. It must also be measured in public opinion, votes, and capacity to raise money. It is both “organized money and people”… sometimes a little more of one than the other. Once in office, the administration of a multimillion-dollar budget can be very influential. However, during a campaign they affect ideas and values for a great many people.

When measuring power we are not merely recognizing the good deeds of people. We are measuring the result of people's ambition as well.

One more evident example of “organized money” is in the private sector where business owners and CEO’s work hard to create a profitable organization. They employ people that contribute to the local economy through their sales. Both large and small businesses contribute in similar ways by becoming descriptive of a place or becoming staples of a community. They can shape the feel, look, and development of the city or region like Bethlehem Steel did for Baltimore. Stakeholders in the private sector have major influence on the decisions made by virtue of the resources they produce and the manner in which they choose to employ those resources.

One the best examples of “organized people” are labor unions. Their directors are usually demure and shy away from being the center of attention in order to lift up the power of the people they lead. However, their role is very influential in organizing the agenda for a great number of people working together on very specific interests. Working conditions, compensation, pensions, and health benefits are general interests of unions. Collective power of people is used to advance the interest for the whole body. Leadership and strategy is essential to realizing the desired goals therefore making the role important to regard, hence powerful.

Community leadership cannot be overlooked in the measurement of power because they provide a necessary role in ensure investment and development for the benefit others. Quite often, leaders arise from an urgent need for a great many people. Their motivation is passion or sense of duty to serve others in order to create a better quality of life. Power of community leadership can influence support for proposed development, affect the results of an election, and create policy or legislation. The public trust can be very powerful when it is cultivated over time through a body of work devoted to service.

The common thread that binds this sampling of archetypes in power is the end or focus they represent. Money alone or having money is not the manifestation of power nor is a multitude of people. Power is the yield of focused efforts of people or money or both, but for a purpose. The 100 honorees of El Tiempo Latino’s Power Meter allows for the mapping of the potential influence in the DMV area, which is important for the advancement of our communities.