Through her company EMD Sales, Devarie has helped more than 6 thousand families in the DC-Metro area 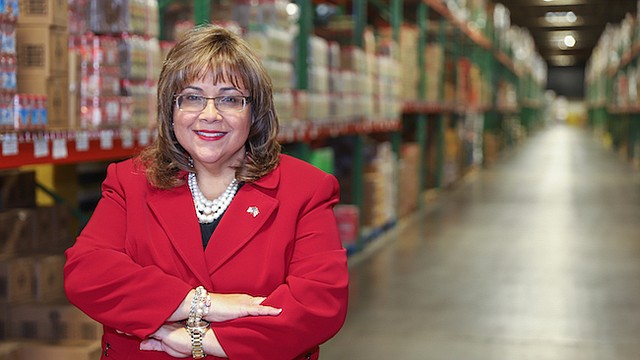 If there is a formula that has led Elda Devarie to achieve her dreams and achieve success, it's - as she says - hard work, perseverance, and faith in God.

"You have to work hard, you have to persevere without giving up and put your life in the hands of God," says the businesswoman.

Devarie, who emigrated from Puerto Rico in 1987, started her product distribution business 30 years ago with what she had at hand: a space in her house, a van, feet, and arms. " My store was a room adjacent to the house," he said. " At first I went from store to store selling from my minivan," he recalled.

Between ups and downs in adverse times, Devarie was not allowed to beat. "I did not focus on the obstacles but on the opportunities. It was a time of survival for me, "he said.

Today Devarie remembers those moments of beginning with a smile and gratitude. His company EMD Sales is one of the largest ethnic product distribution companies in the region. To the two products that it imported from Puerto Rico, thousands of different countries have joined. " We have a large variety. Not only of Latin products but of several parts. Some of the brands that have been with us for many years are Inca Kola, La Banderita, Grace and Ibarra, "said Devarie.

The fourth at home, or is mud to a winery and later to store 153 thousand square feet in Baltimore, Maryland.

The minivan was their first distribution car, then a truck, and now a fleet of 18 trucks that carry tons of the 3 thousand products that they distribute to more than a thousand customers.

Sales EMD is a source of employment for one hundred employees, including managers, sales representatives, and a driver and office staff and warehouse.

Those who know her They know that their commitment to their workers, their business, community and family are evident in everything they do.

She is too humble to let it be known that she is the warrior in silence, working long hours a day with the help of her sister Carmen and brother-in-law Antonio. And of course his son Roberto. Together they form an unstoppable team. Devarie has been recognized on numerous occasions for her success in the market of ethnic products and the charitable work she performs. 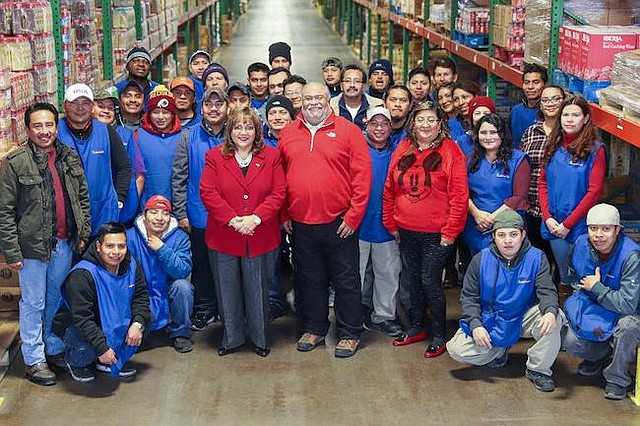 In 2009, after reading an article in El Tiempo Latino about the shortage of groceries in the food banks and the greater number of people in need as a result of the financial blow, Devarie knew that she had to do something. She contacted the then director of the newspaper, Alberto Avendaño. "I told him 'Because we did not sit down and we thought about doing something together to help these families in need. And I have the food, you have the means. "

Supported by other sponsors Bolsas de Amor (Bags or Love) put great smiles on the faces of 300 families the first year that it began.

Today there are 800 families from the Washington area that benefit from this social work. So far more than 6 thousand families have benefited.

Bolsas de Amor goes further with its mission. It has become a platform for businesses and community members to come together to help other countries in times of disaster, such as the floods in Peru and Hurricane Maria in Puerto Rico.

"We help the victims of the floods and mudslides in Peru. We sent supplies and food,” she said.

The mobilization to help Puerto Rico was great. "We all joined together. Many businesses, organizations and people who wanted to help,” she told.

They sent 14 containers with more than 500 thousand pounds of food and supplies.

Devarie, who has a degree in Accounting and Marketing, carries the business on her blood. In Puerto Rico, her parents owned a gas station and a restaurant. However, to be the successful and admirable businesswoman she is today, Devarie had to overcome many challenges.

Like many immigrants, Devarie came to the United States with dreams. "My husband was a military man and I followed him wherever he was deployed. So we arrived here, " she said. "It was very hard to be without my family, friends and learning everything from scratch," she said.

When the couple took separate ways, Devarie knew that she would have to work very hard, so she said: "if there is a will there is a way".

It was not easy. His son Roberto was 4 years old and he became her inspiration for the hard work and sleepless hours.

For Devarie the family is her anchor. "My sister Carmen and my brother-in-law Antonio are my right hand," she says. Together, with his son Roberto, run EMD Sales.